Denise Charles, a Yorta Yorta/Gunai Kurnai woman discusses two Geelong Gallery collection works, Oswald Rose Campbell’s The finding of Buckley, 1869, and Blamire Young’s Buckley acting as interpreter at Indented Head, 1901, that are based on the story of William Buckley, the wild white man, who re-entered society after 32 years living with the Wadawurrung people. Denise also details the arrival of John Batman, a grazier working on behalf of the Port Phillip Association, who negotiated a land treaty with the Wurundjeri and Wadawurrung people, a treaty which was later declared invalid by the New South Wales Governor based on the British law of Terra nullius. The absence of a treaty with the traditional owners lead to the demise in numbers of the Wadawurrung people of Geelong.

This video resource is supported by Creative Victoria and the Department of Education and Training Strategic Partnership Program. Geelong Gallery also thanks the Koorie Education Support Officers for their advice and guidance.

Levels 9 to 10: The Arts and History, Historical Knowledge | The making of the modern world/Australia 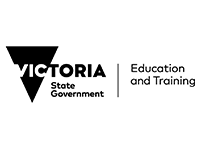