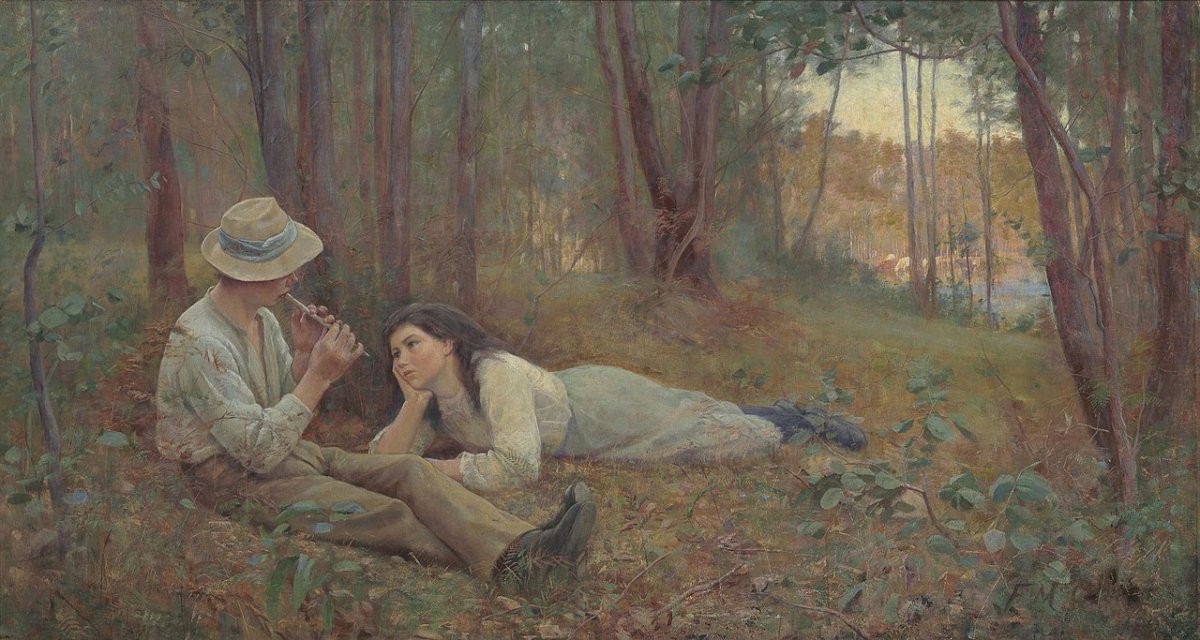 In 1893, the McCubbin family moved to Lot 52 Wolseley Crescent, Blackburn. Bush idyll was painted within walking distance: the bush and distant lake depicted are thought to be Blackburn Lake Sanctuary.

Painted at the mid-point of McCubbin’s national narrative paintings period—between the execution of A bush burial and On the wallaby track—Bush idyll’s youthful subjects could be said to represent the promise and potential of a pre-Federated nation.

Bush idyll was exhibited at the Paris Salon Societé des Artistes Français exhibition of 1896. It was purchased by Louis Abrahams around 1899, one of many paintings he was able to acquire through the success of his family’s cigar business. Abrahams also briefly owned A bush burial before he lent it to the opening exhibition of the Geelong Art Gallery in June 1900: it was acquired by the Gallery from Abrahams later that year.