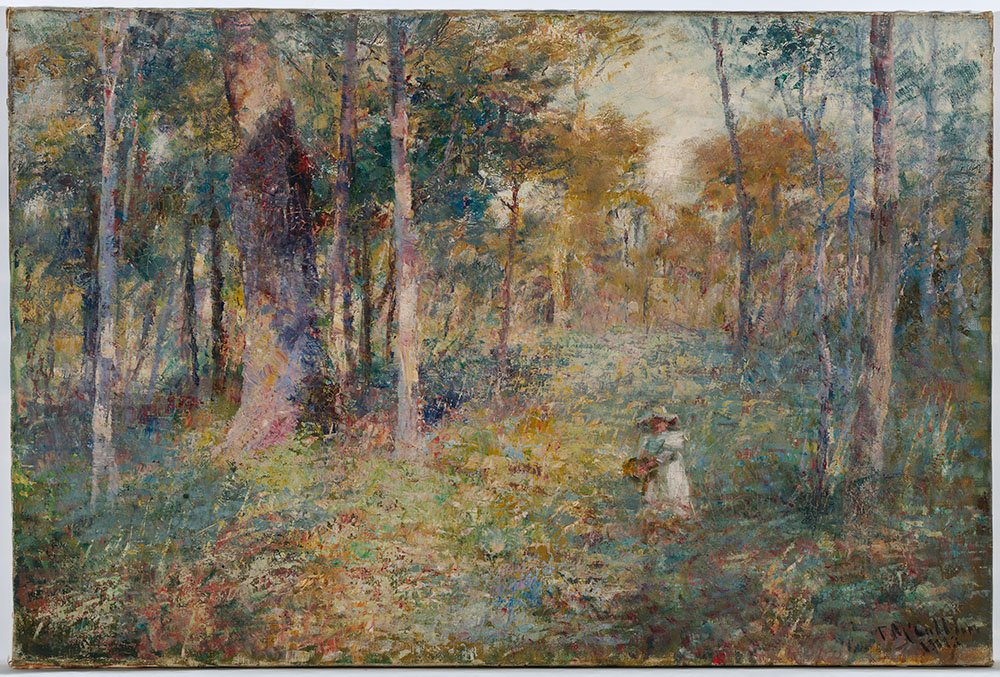 Child in the bush

Child in the bush  1913
Oil on canvas
National Gallery of Australia, Canberra
Purchased 1962

Child in the bush was also painted in the Mount Macedon landscape and depicts McCubbin’s youngest daughter Kathleen—then aged seven or eight—wandering through the scrubby bushland. The solitary girl within the landscape recalls Lost 1886, however in this later work McCubbin’s subject is seemingly at ease within the bush setting which is presented as a site of unencumbered exploration rather than of potential danger.

Just as McCubbin depicts his daughter’s comfortable engagement with the landscape, so too did she later recall his ease within the bush setting: