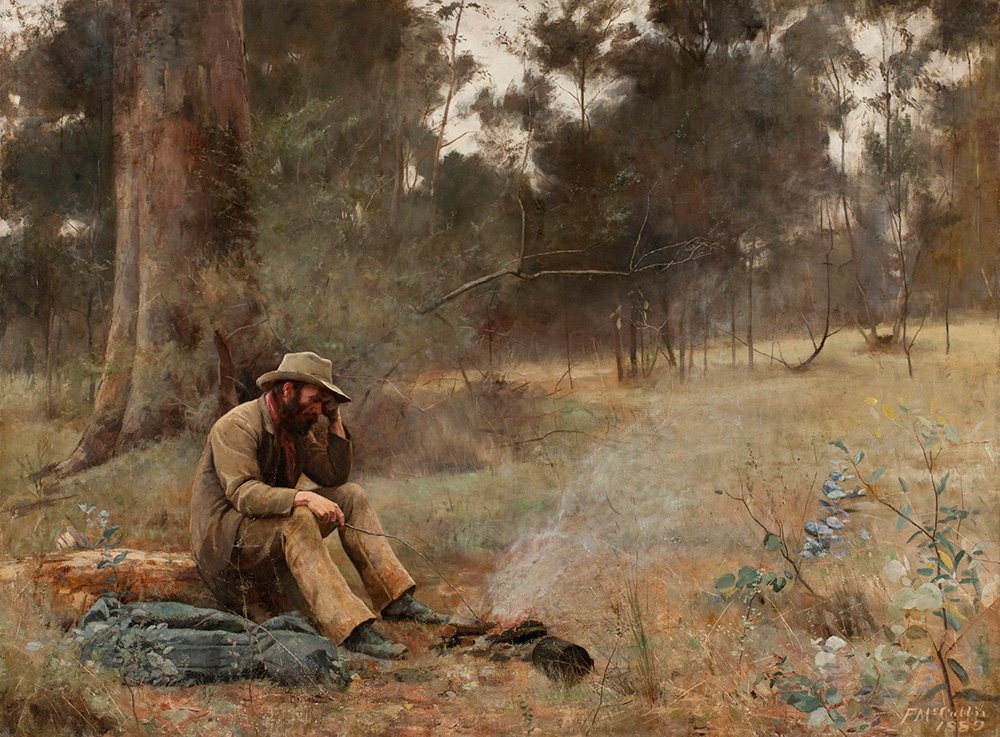 Down on his luck

Down on his luck was painted in the Box Hill area, and for this composition McCubbin engaged fellow artist Louis Abrahams (1852–1903) casting him as the downcast prospector or swagman. The friendship between McCubbin and Abrahams is also recorded in Tom Roberts’ The artists’ camp and extended to Frederick and Annie McCubbin naming their first-born son Louis in 1890.

In April 1889, Down on his luck was described in Table Talk as ‘thoroughly Australian in spirit’. However, McCubbin also looked to international artists for inspiration: the pose of the seated figure recalls nineteenth century French painter Jules Bastien-Lepage’s Resting country people, c. 1877, as well as Albrecht Dürer’s Melancholia of 1514. McCubbin was known to collect and scrapbook reproductions of works by international artists he admired.