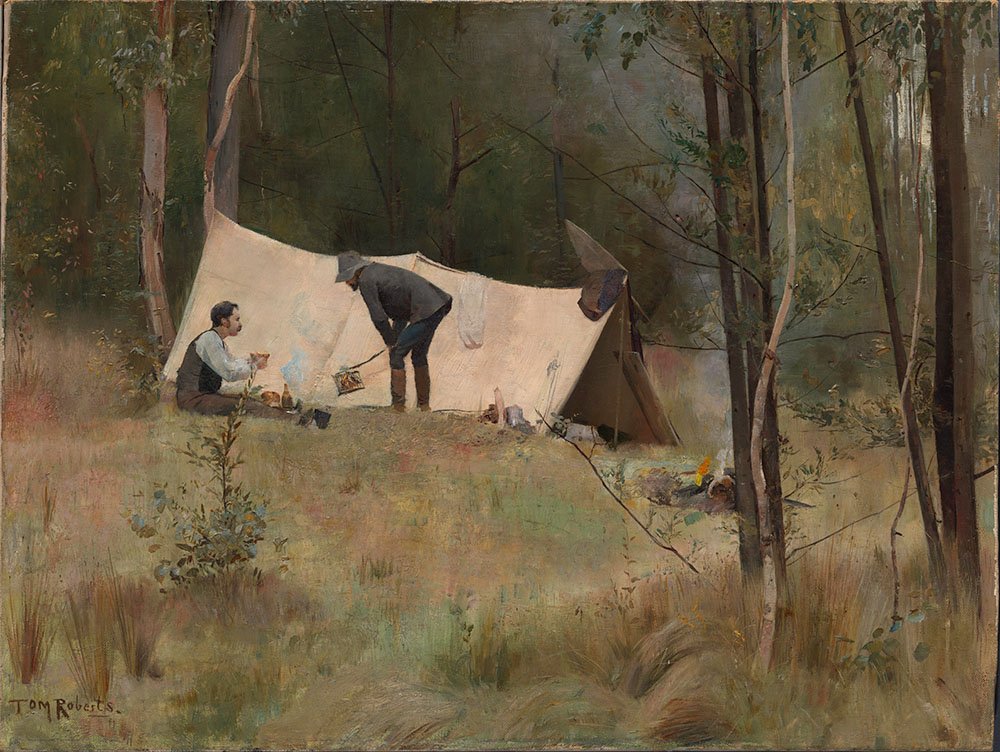 Tom Roberts’ now iconic painting records the immersion of the artist, Frederick McCubbin and Louis Abrahams in the bush setting as well as the trio’s camaraderie: their friendship dates to their studies at the Artisans School of Design in Carlton more than a decade earlier.

Alongside a pitched tent, Roberts depicts a seated McCubbin while Abrahams crouches in an engaged stance. A stretched canvas leaning against the tent pole and the folded artist’s umbrella signify their intent to paint within the bush setting.

Works painted at this time were radically different from the wide panoramic views of earlier Australian landscape painters, achieved by the artists telescoping in on a small segment of the bush to depict treescapes in which the sky is absent, and in which the eucalypts and grasses are viewed in close focus.