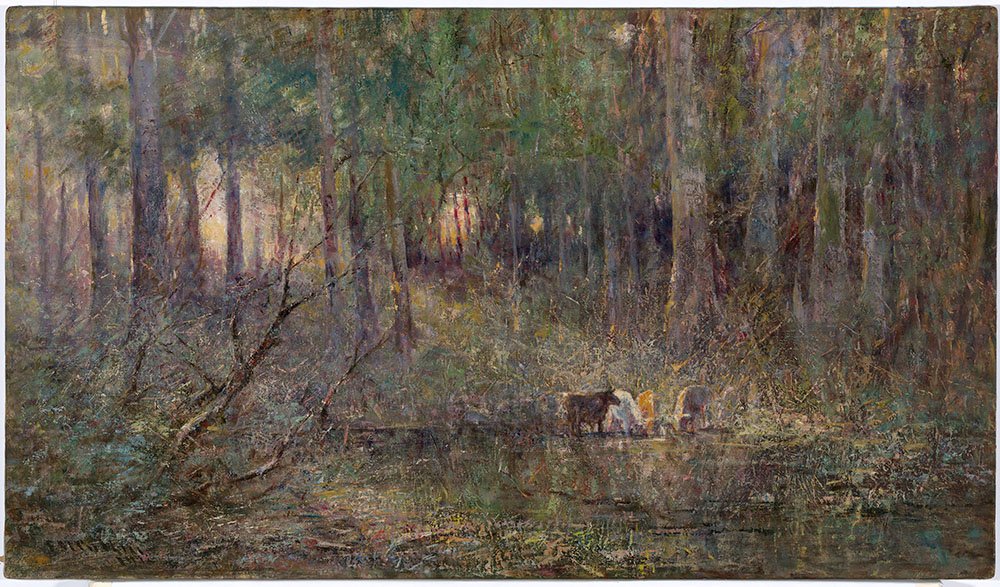 Violet and gold 1911
Oil on canvas
National Gallery of Australia, Canberra
Purchased with the generous assistance of The Hon. Ashley Dawson-Damer and John Wylie AM and Myriam Wylie, 2008

In Violet and gold radiant shafts of light illuminate a transition in McCubbin’s painting of the bush from a site for national stories to a place in which to wonder on the atmospheric effects of Nature. He captured these through a more experimental, expressive application of paint—markedly different from the naturalism or realism of earlier works.

Such was his interest in the effects of light across the landscape and across the hours of the day, McCubbin wrote in 1916: ‘now faintly tinged with the early morning light; now glorious gold in the afternoon sun … and again softly flushed with the warm afterglow, as the twilight awaits the rising of the moon’.