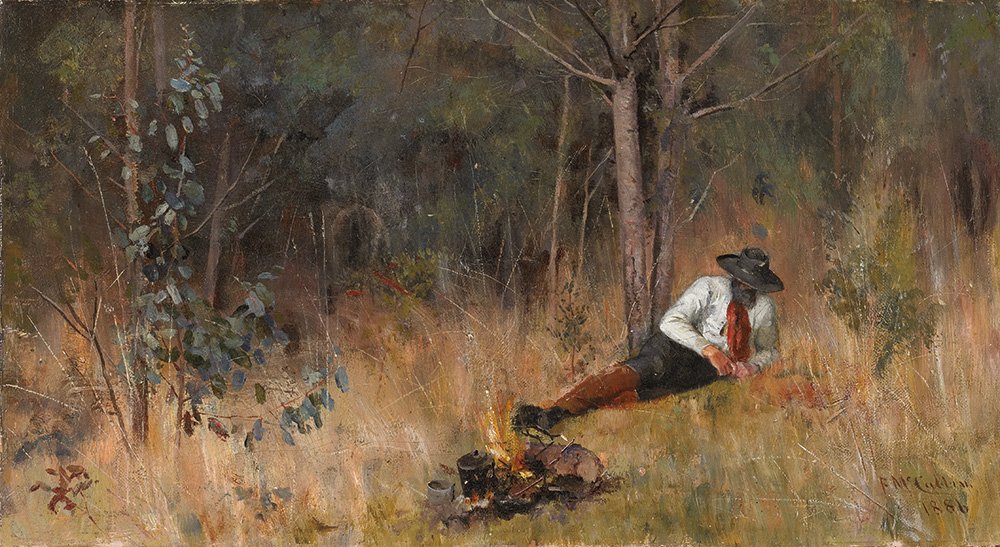 In this intimate scene painted in the Box Hill region, McCubbin introduces an archetypal swagman or bushman resting by a campfire while his billy boils. McCubbin ‘telescopes in’ removing any representation of sky, establishing an integral, harmonious relationship between the bush and the reclining man. Following its exhibition at the Australian Artists Association First Annual Exhibition at Buxton’s Rooms in Melbourne in September 1886, The Argus critic James Smith described the painting as a ‘remarkably clever picture, full of local colour, and very restful sentiment’.