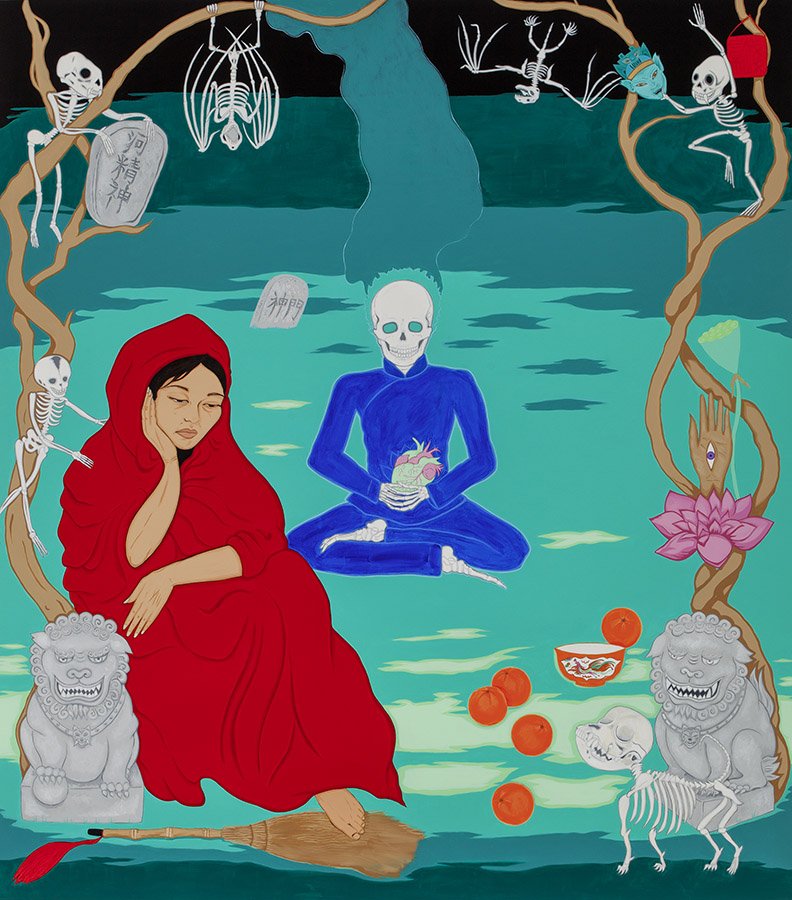 The 2016 Geelong contemporary art prize is a signature event that assists with the development of the Gallery’s collection while fostering Australian artists and contemporary painting practice in general.

Visit the Gallery Channel to watch interviews with the judging panel.

Kate Beynon’s Graveyard scene/the beauty and sadness of bones 2014–15 is based on a scene from An-Li: a Chinese ghost tale, the artist’s re-telling of a supernatural story of two young spirits who traverse opposing worlds: one aquatic, the other earthly. The painting reveals an interest in connections between mother and child, ancestral spirits, and the cycle of life and death. This prize-winning work—the first by Beynon to be acquired by Geelong Gallery—is highly representative of the artist’s practice in which she merges diverse pictorial traditions with personal histories to address issues of hybridity, cultural identity and feminism.