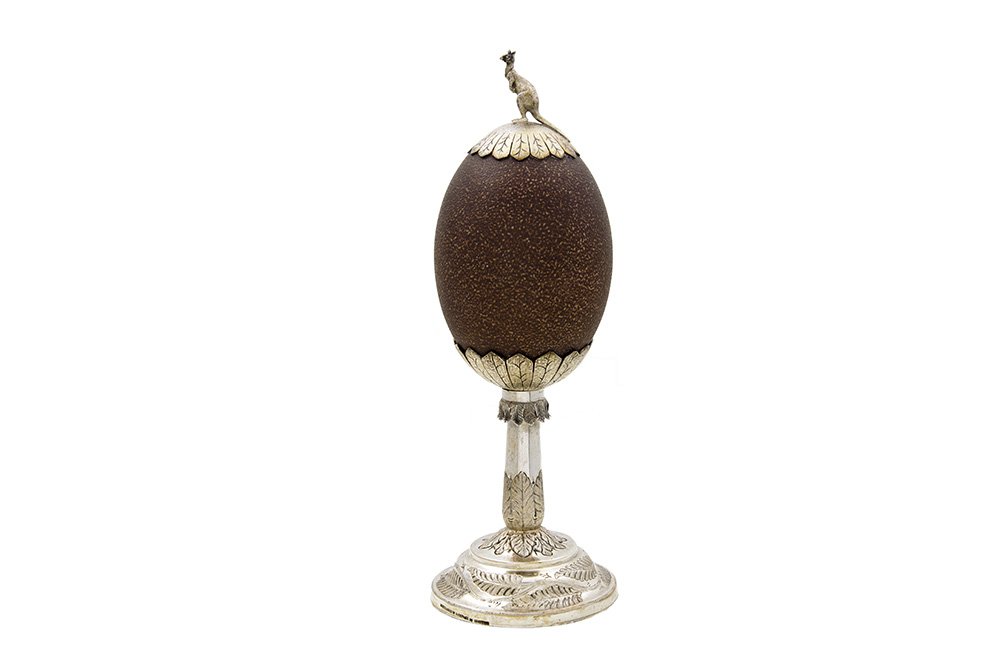 Prior to the gold rush of the 1850s Victoria was a young colony, struggling to survive. The coastal townships of Mel­bourne and Geelong were slowly developing into major commercial centres with steady import and export trades. With the discovery of gold, however, the situation changed dramatically. Suddenly the world's attention was turned to the colonies, and goldfields, such as those of Ballarat and Bendigo, attracted thousands of immigrants from Asia and Europe who came to "try their luck" and find personal fortunes.

Those who undertook the long voyage to Australia came from all walks of life. Amongst their number there arrived several British and German silversmiths who brought with them a long tradition of metalcraft. From the early days of the gold rush until well into the se­cond half of the nineteenth century, the well-established business centre of Geelong attracted many of these crafts­men.

Geelong's Colonial Silversmiths brought together the work of some of the major and minor silver­smiths who settled in Geelong and whose work helped to build a thriving silversmithing industry in the young town including George Bradley and Son, Day and Son, Charles Brownlow, Edward Fischer, John Hammerton and Sons, Harry Page, William Paterson, Charles Kelvey Pearson and Sones, William Roy Stott and Thomas Wright.